Black Friday deal:
for new subscribers
Hurry up and get a quote until Nov 30
Get a quote 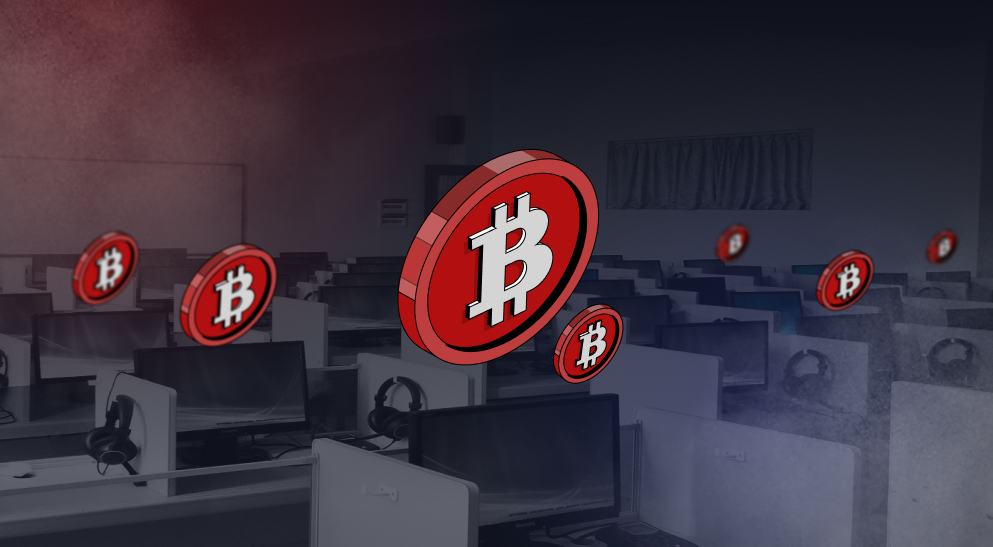 Cryptomining has become a salvation for some gaming venues during the pandemic. We can find loads of information on the web about internet café mining rigs that were assembled from the parts of computers that nobody could use anymore due to quarantine. And even though most of the world has moved on and opened up all public spaces to visitors, mining cryptocurrencies remains one of the revenue streams for owners of gaming venues. 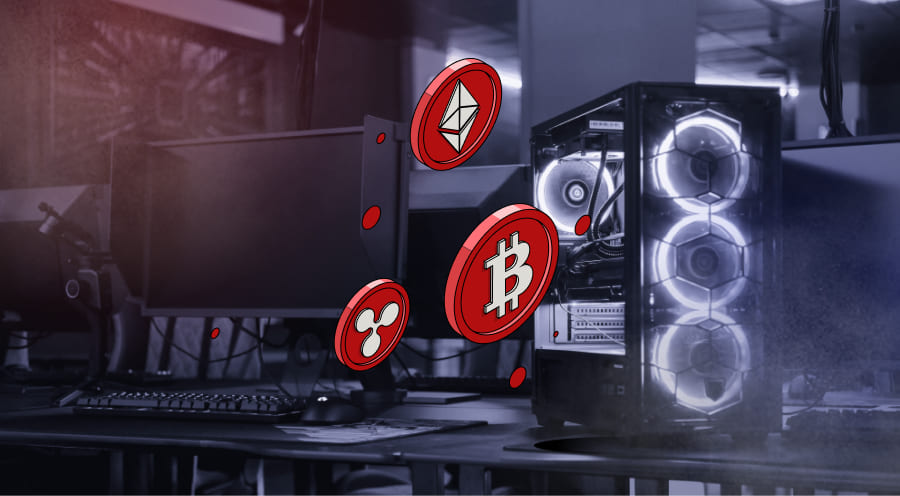 Mining is a process of generation and validation of cryptocoins. To get one of them, a computer has to use heaps of computing power to solve complex mathematical puzzles. Information about all puzzles solved is being recorded into a digital ledger stored on millions of computers and is being updated in real time for all authorized users. Every new entry of data can be added only if the last record is the same across all copies of ledger worldwide. It means that new pieces of information are being validated by an enormous number of actors, making the whole process transparent and trustworthy.

Such technology of linking data, its organization, and storage is called ‘blockchain’. Because of blockchain, cryptocoins are considered less vulnerable to fraud and manipulations, and that is why most of them are valued at thousands of dollars per unit.

Considering that the average number of computers in a gaming lounge is around 30, the interest of lounge owners to use their machines for blockchain computing is pretty much rational. To save profits during off-peak hours, gaming venues now easily transform into farms that mine cryptocurrencies.

Cryptocurrency is a type of digital currency that is built on blockchain technology and is not regulated by any bank or government. Different types of such currency are called ‘coins’, they don’t exist outside of online and cannot be issued by any central authority.

Miners can get coins as a reward for using their computers for validation of transactions within blockchain. Popular cryptocurrencies, such as Bitcoin, Ethereum, Solana, Cardano, and others are all obtained by the same principle.

At the time of writing, the most popular and the most valuable cryptocurrency in the world is Bitcoin. Each coin is estimated at roughly $30 000.

How to mine cryptocurrency in a cybercafe

To start mining cryptocurrency you would need a crypto wallet and equipment. Wallet won’t be a problem to find and set up, they are available as a dedicated software, web browser extension, or even a hardware solution that looks like a USB dongle. To open a cryptocurrency account or wallet you just have to pick one that suits your plans better, whether you want to simply store coins and sell them occasionally or to collect and trade NFTs on top of that.

Cryptomining equipment would be a bit more difficult to choose. Depending on the type of coin you’d like to obtain and available resources for initial investment, you can decide between ASIC mining, GPU mining, and CPU mining. When it comes to cybercafe mining though, GPU or CPU mining is more common, as you would be using idle computers for profit instead of spending money on expensive ASIC rigs.

Is cryptomining profitable for esports centers?

Profits from cryptomining depend on several factors. In particular, on the power of mining gear, itі quantities, and the cost of energy. For esports centers that operate 24/7 and use idle computers for mining, electricity bills will rise, but not significantly, as they would have used that power for visitors to play games anyway.

When COVID-19 outbreaks forced entire countries to shut down public spaces, many business owners transformed their gaming venues into mining esports centers. Even when quarantine measures were slightly loosening and people were allowed back, venues continued to leverage computing power of their machines to earn extra bucks through mining. Now, when public spaces are opened as usual, cryptomining is still being one of popular revenue streams for gaming centers and esports venues.

Depending on the amount for gaming seats and computers, monthly profits from cryptomining for an esports center might vary from $400 to $20 000 and more. For those who are worried that gaming venues are not profitable in their pure form, mining can be a way to diversify their cash flow and guarantee income during off-peak hours. Let’s see how much a venue can earn on idle gaming PCs.

How much can cybercafe owners earn?

As we mentioned earlier, cryptomining cybercafe can get absolutely different profits depending on the cost and type of hardware, hashrate, electricity costs and other factors. One of SENET subscribers reports daily payouts of roughly $60 from mining ETH, with 41 workers connected to their cryptowallet, and average hashrate 2.4 GH/s, 59.7 MH/s for each worker.

These are numbers for mining on computers that most of the time are occupied by venue visitors for gaming. If all computers keep on being engaged in mining every day when they are idle, monthly revenue of a gaming center from cryptomining alone would amount to $1800. Not bad, taking into account that this figure will be added on top of revenue from selling gaming time, snacks, and beverages.

How can SENET mining tool help you?

Cryptomining tool that is integrated into SENET platform might be a great way to diversify revenue streams for owners of gaming centers. It also might become a back-up plan for those who are worried about the next wave of COVID complications. SENET mining tool will also be working for you during the off-peak hours, turning on automatically when gaming sessions are over and turning off once a visitor starts a new session in SENET.

How to connect SENET mining tool

To get a mining tool from SENET connected at your venue, you need to take a few steps.